We have a big announcement today. After a couple of years as Hinton Bikes, we are changing our name to Flit.

After moving back to the UK in 2016 with a dream to build a folding ebike, we decided to name ourselves after the Cambridge suburb of Cherry Hinton. This was where Dave and Alex lived at the time, working mostly around Dave’s kitchen table, building bits of bike in the summer house, and testing them in the garden. Hinton became the name, and a cherry blossom the logo. It was a nice way to tip our hats to Cambridge, a city that had been so welcoming to us and given us so many opportunities.

After two years of pursuing the dream, and having had a lot of time to think about what we we’ve been doing and why, we have decided to change our name. We are doing this for two reasons. The practical and boring one is that we don’t think that we’ll be able to secure the rights to use Hinton Bikes in the long term. Frustratingly, when it comes to trademarks, ebikes are bundled in with mopeds and motorbikes, of which there are thousands of brands all over the world, some of them quite big and notoriously litigious. Rather than fight our way through this morass, it was easier to make a clean break.

Having to change our name was frustrating, but it also gave us a chance to think again about what motivated us to work on this project in the first place. As engineers and designers with a keen interest in the places we lived in, we were disenchanted with the isolation and separation of modern life. Inspired by Alex’s childhood memories of watching hummingbirds flit easily between hibiscus flowers to feed, we decided that Flit was a word that encapsulated the kind of attitude we wanted to see: one of feeling free to move easily from place to place, and of rediscovering forgotten parts of our communities. The next step of deciding on a logo was easy: the bird would remind us of that sense of carefree freedom that the best bikes should give. 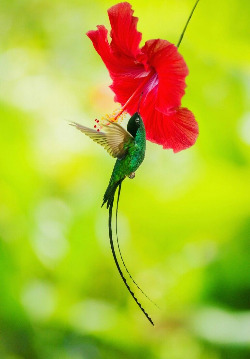 We hope you like the change. We are proud of the progress on prototyping that we have made over the past few months. Combined with the name change, this leaves us feeling inspired to look forward to 2019 as the year that will see us move from developing the ebike to launching it.

If you have any questions please feel free to get in touch.