In this first part of our series on how the FLIT-16 has been developed, we’re taking you right back to the very beginning – before the bike was even a pencilled sketch!

A bit of background

If you are more interested in the development of the FLIT-16, you can skip straight to the Design Process section.

Dave and Alex (co-founders) met in 2015 whilst studying in Beijing. Both had been in industry for several years, Dave, working as an automotive engineer for Jaguar Land Rover, and Alex as a management consultant in London. Both had given up their full time roles to study for Masters degrees in China and to learn Mandarin.

At that time electric mopeds were everywhere in Beijing. Alex and Dave saw the huge potential that electric vehicles had for revolutionising the way that we get around our cities. Not only could they help reduce air pollution, smaller electric vehicles were often the fastest way to get around congested city centres. 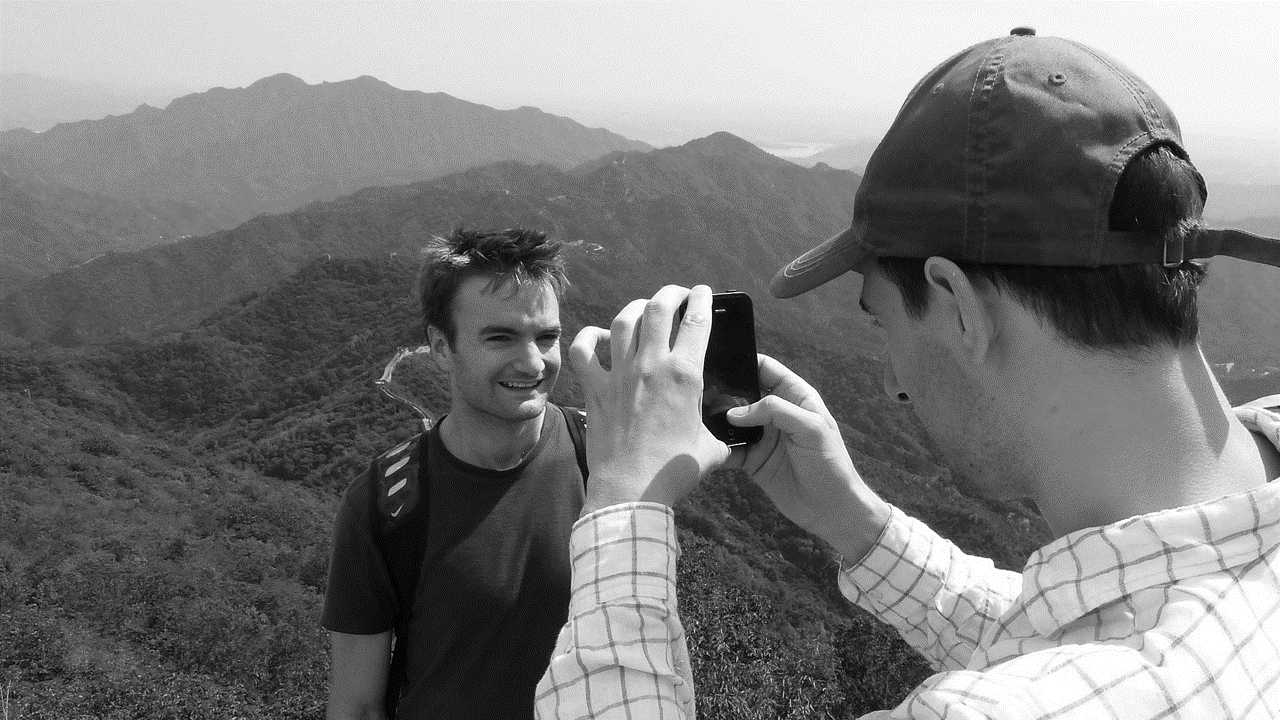 They started out working on components for electric urban micro cars, and developed an innovative type of KERS (kinetic energy recovery system) that would help to extend driving range. However, although the technology was promising, they came to accept that it would take years to build the infrastructure needed for microcars to become commonplace.

Taking everything they had learnt from that student project, they looked for other ways that electrification was changing urban mobility.

Alex and Dave thought back to the electric mopeds that they had ridden around Beijing every day. They knew that ebikes existed back in Europe, but the rules meant they were very different machines: European ebikes must be pedalled to boost the rider’s effort rather than using a throttle, whilst their power and speed are deliberately limited so that they blend in with other cycle traffic (except on hills!).

By 2016, this style of ebike was becoming popular in countries like Germany and the Netherlands. Some of the ebikes were getting nicer as well: new batteries and motors combined lower weight with higher performance, components were better integrated into the frame, and models were being developed for everything from mountain biking to hauling cargo.

But there was a gap. Folding bikes, so popular for their versatility, had been let down by electrification. Most of the folding ebikes on the market were ugly and heavy. Many simply added a battery and motor to old designs.

There was a real opportunity to design a bike from scratch to be both folding and electric.

Designing a folding ebike that ticked all of the boxes would be challenging: it had to be great to ride, beautifully designed, and versatile to use (light and compact).

As a regular cycle commuter, and with his background as an automotive engineer, Dave had a good idea of what he wanted from a folding ebike.

Folding bikes are notorious for feeling cramped and twitchy when ridden. This has less to do with the small wheel size than most people think. It’s usually due to design decisions that trade off folded size with riding geometry (where the different parts of the bike are, relative to one another). Dave had to achieve stable handling whilst still maintaining a compact folded size, so that the bike would fit on a train, in your flat, or under your desk at work.

Next, instead of attaching electrical components like the battery to the outside of the bike, Dave also wanted to build them into the frame itself. Not only would this give a clean, sleek look, it would also reduce component casing and therefore weight.

To leave plenty of space for the battery, he needed the main frame to be free of hinges. This pushed him to develop a unique fold which not only left the frame feeling sturdier to ride (no hinges meant less flex), but which would also allow the folded ebike to be rolled on its rear wheel, thereby saving you having to carry it most of the time.

Finally, Dave developed a custom suspension system to add comfort, and steel reinforcements to make the frame more durable. Unlike many cheap imported ebikes, this would not be something that you would throw away after riding for a year!

Joe, a recent engineering graduate from the University of Cambridge, joined the FLIT team to help develop the design further, using 3D printing to build a fully functional plastic bike (“the rig”).

This rig was extremely important in the FLIT-16’s development process, as it allowed the team to print life sized prototypes before committing the design to metal. 3D-printing an entire bike costs about £80, so this was a very cost effective way of testing early designs.

We used the rig to perfect the folding mechanism, as well as to test the fit of various components such as tyres, brakes, grips, and pedals.

At the same time as prototyping, we began searching for a manufacturing partner.

Sadly, although we had come across many great bike frame builders in the UK who could work with steel and carbon fibre, we hadn’t been able to find anyone who could manufacture at volume in aluminium, the preferred material for the FLIT-16 due to its flexibility in manufacturing, amenability to lightweight design, and rust-free properties.

After lots of research, it became apparent that the bike manufacturers in Taiwan were the best fit for our needs of deep manufacturing experience, quality, and flexibility. The fact that Dave had recently completed an automotive engineering degree taught in Mandarin helped to make the process a bit easier!

We visited a number of factories in Taiwan, and chose our current manufacturer for their wealth of experience in “unusual” aluminium frame designs.

(Left to right) Alex, Dave, and Joe visiting one of our suppliers in Taiwan

Our first metal prototype looks somewhat different to the FLIT-16 that you know today:

Riding this ebike taught us a lot about everything from getting the handling just right, to how to fold without damaging the paintwork.

Once we were happy with the fold, basic geometry of the frame, and the way that the electrical system integrated, we began refining our design to make it into a beautiful looking bike.

After a series of improvements, we were ready to choose our FLIT colours: Marengo Grey, Maya Blue and Blaze Orange.

Our second and third prototypes were our initial Maya and Marengo FLIT-16s, which accompanied us to hundreds of test rides and events up and down the UK!

Gathering lots of rider feedback meant that we could further refine our design before we committed to manufacture.

Getting ready for manufacture

Working with the manufacturer to tweak the design further, we began our pilot manufacturing run. This is when we produced our fourth and final prototype, Blaze (an orange FLIT-16), in October 2019.

With the manufacture of any new product, particularly with folding ebikes (due to their complexity!), things are likely to crop up in production that you aren’t expecting. Doing a pilot manufacturing run allowed us to smooth any kinks in the process before the final run.

We made a few minor tweaks to the design after Blaze to make the manufacture of the bike quicker and easier, and to ensure that it would be convenient for bike mechanics to service. After that, we were ready for final production, where the next part of our series will resume.

If you haven’t already, make sure you sign up below to get the next part of the FLIT story delivered straight to your inbox.

If you have any questions about the design process, please feel free to get in touch!