Right now, it's important for us to keep our bikes folded and stay at home as much as we can. If you do jump on your bike, make sure you're using it withing the government guidelines.

Whilst we're not out able to get out and ride as much, we thought we'd share with our top ten favourite cycling documentaries.

Hopefully these will help satisfy those cycling cravings! 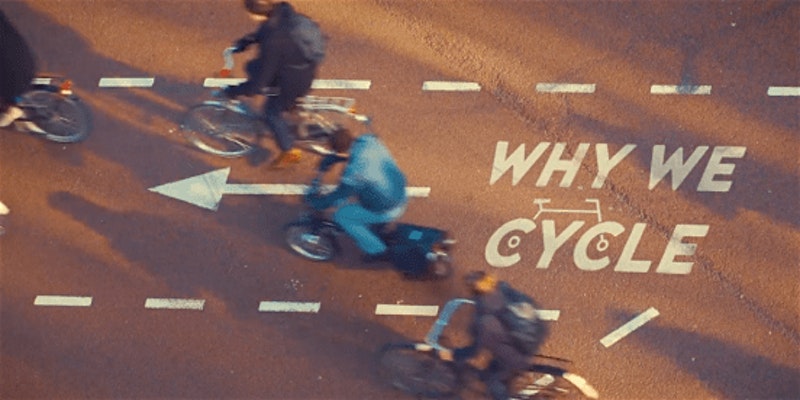 This documentary examines everyday Dutch cycling culture: how it came to be, how it has thrived, and how its very ordinariness has made it so successful.

The main findings? Cycling becomes widespread when it is so convenient that it becomes an unconscious choice, and when this happens the benefits to our communities are far reaching and sometimes unexpected.

45 individual cyclists rode the inaugural Trans Am Bike Race, a competition where the clock started as they left the Pacific coast of the USA, and only stopped when they crossed the finish line 4,233 miles later on the other side of the country.

This is endurance cycling at its best: gritty men and women pitted against a vast landscape, unexpected challenges, and their own limitations.

Nominated for the 1979 Best Picture Oscar and winner of the Best Screenplay, this is a coming of age story about a 19 year old obsessed with Italian cycling but stuck in suburban America.

Full of drama, dark humour, and a good dose of Hollywood feelgood vibes.

Beryl Burton is arguably the greatest British sporting hero of the last 100 years that most people have never heard of.

In a 30 year career that began in the 1950s she was Women’s World Champion five times (along with 3 silver medals, and 4 bronzes), was crowned British Best All-Rounder female time trialist for 25 straight years, and, most famously, broke the 12 hour record for both men and women, offering the male cyclists sweets as she overtook them on the course.

This short documentary tells her story, complete with the Rockyesque training montages that were obligatory for the period.

A sweeping history of the humble bicycle from its Victorian roots to the modern age with a particular focus on the UK.

Interviews with bike designers, historians, and Olympians, means that there's something for everyone.

The true story of Graeme Obree, the eccentric Scottish cyclist who broke the world hour record in the 1990s on Old Faithful, a bicycle of his own design built partly from scrap metal and parts he salvaged from a washing machine.

A classic underdog story, this dramatisation of Obree's autobiography shows how his maverick style clashed with cycling authorities of the day, and how he overcame mental illness to triumph a second time. 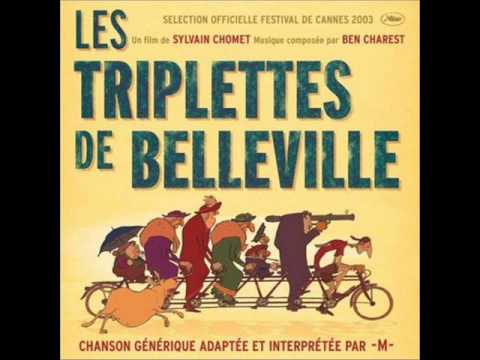 This animated French comedy, nominated for an Oscar in 2003, is definitely one of the quirkier choices on this list.

It follows the story of Madame Souza and her elderly dog Bruno as they try to track down her pro cycling grandson who has been kidnapped by the mafia.

Along the way, she enlists the help of and the washed up singing Belleville Sisters. What follows can only be described as bracingly original, slightly surreal, and utterly charming. 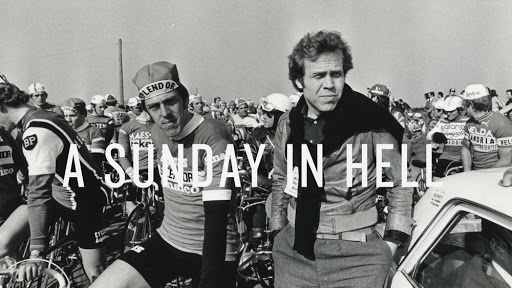 This classic documentary looks at the infamous Paris-Roubaix race during one of road cycling's golden ages.

In an amateur era when riders didn't have the luxury of professional support teams and expensive sponsors, legends like Eddy Merckx and Roger De Vlaeminck would race through quagmires and high drama to win the "The Queen" of the Spring Classics.

A classic in the truest sense of the word, Bicycle Thieves is one of those films that looks familiar only because it has been so extensively copied and borrowed from.

It follows labourer Antonio and his young son, Bruno, on a journey through post-war Italy to recover a stolen bicycle which Antonio needs to keep his precarious job.

Packed with beautiful, simple storytelling, it is as much a commentary on the crushing indignity of poverty as it is about love for a favourite two-wheeler.

A candid behind the scenes documentary about the formation of GreenEdge, Australia's first ProTour cycling team who were known for their camaraderie and loyal fans.

It is one of the more intimate portrayals of the immense pressure, and frequent tediousness of being a professional cyclist in the modern era.